“It took me having to fight for my life to realize my self-worth,” she says.

For author Christine Handy, life was all about appearances. Handy began modeling in St. Louis at age 11, and she continued while attending high school at Villa Duchesne and Oak Hill School. She did ads for Target and the Cardinals, as well as catalog work. “I liked the attention,” she says. “I liked opening up a magazine and seeing myself—it was something I had always wanted to do. In fact, my parents wouldn’t let me start any earlier. They really didn’t want me to start at 11.”

The part-time passion followed Handy to college at Southern Methodist University in Dallas, where it eventually became her full-time career. She landed national and international campaigns, including such brands as J. Crew, Guess, JCPenney, Pepsi, and Bud Light. She married a man she met through a fellow model, had two sons, lived in a nice house in an affluent Dallas neighborhood, and became something of a city socialite. Life, she believed, was a party.

But then, when Handy was 35, the façade began to crack. First, stomach issues forced her to undergo a colon resection, which was botched, resulting in her almost bleeding to death on the operating table. After a blood transfusion, Handy ended up losing nearly a third of her colon. She eventually tried to return to modeling while caring for her sons, but she kept getting sick after every meal. No doctor in Dallas could figure out what was wrong. Finally, after weeks of illness, a physician at Mayo Clinic fingered the cause as fructose intolerance. In 2011, Handy, always an athlete and yogini, tore a ligament in her right wrist. Surgery repaired the tear, but the arm became infected, requiring bone grafts that temporarily robbed her of use of her right arm. Six weeks later, doctors found a lump in her left breast. It was stage two cancer. 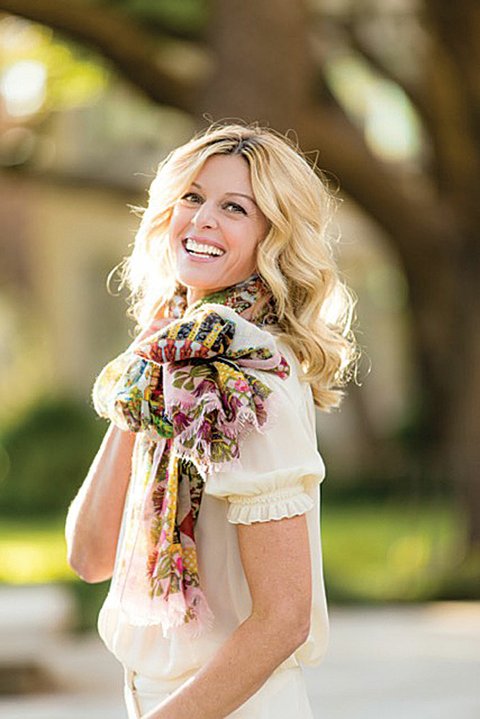 The lifelong model knew that fighting this latest threat would ravage her body. She would lose weight. The chemotherapy would take her hair. After a decade of pain and frustration, Handy wasn’t sure that she could handle that loss on her own, and she felt that she had alienated friends and family. She contemplated suicide. “I couldn’t go through another major disaster,” she says. “I felt like a burden to those around me. I felt like my kids would have a better life, because I couldn’t take care of anybody, much less myself. My mind was not in the right place, and I really felt that killing myself was the right answer.”

Handy underestimated both her own strength and that of her friends. Today, she counts no fewer than 88 women who stood by her side through two-and-a-half years of treatment, including 12 surgeries and 28 rounds of chemo. “It took my friends to teach me that not only was life worth living but that they and God would never forsake me,” she says. “If I just stuck around the party, they would take care of me.”

That’s not to say that Handy was content to just be guest of honor at her own soirée. Encouraged by her friends, she instead decided to take up her pen and keep meticulous notes of her unique, if harrowing, experience. She had always loved to write, had even dreamed of being a journalist at one time. Now she was determined to record her story. “There was a bigger purpose in all this pain,” she says. “I knew, if I could write this book, it could help and inspire a lot of people.” 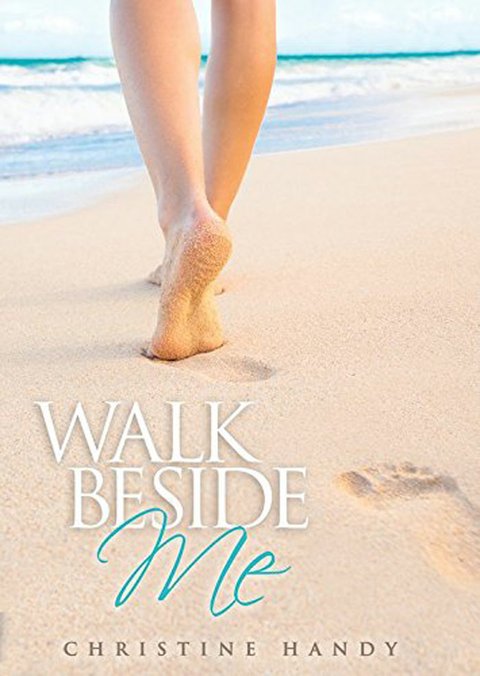 The result is Walk Beside Me, a fictionalized account of Handy’s ordeal. In the novel, Willow Adair is a model-turned-wife with two children, living in a lavish home in a wealthy sector of Columbus, Ohio. Beneath the veneer, Adair struggles with her self-esteem, a flaw exacerbated by a series of medical mishaps capped off by breast cancer. Just as she prepares to end her life, her female friends, “angels,” come to her aid. Handy says that almost every detail, right down to the emails and texts in the book, is taken from real life. The only things that have been changed are the setting, the names, and Handy’s family, who didn’t want to be involved and whom she did not want involved.

Handy says the book pivots on two lessons. First, it’s an example of women coming together. “The media portrays women as pulling each other down,” she says. “My friends did this because they love me. That message is important: Women can help each other.”

Second, and perhaps more important, it’s a warning about living one’s life for material wealth, status, and appearance. “There’s not much value in that external life, caring about what you look like and what people think—it’s a very shallow and unfulfilling life,” says Handy. “I didn’t know who I was on the inside. It took all the illnesses for me to find out. It took me having to fight for my life to realize my self-worth.”

The Power of Prayer and Deliverance From Cancer
March 1, 2018